In many of the discussions about the Zika virus, only the details of what the virus is and its harmful effects are ever mentioned. There’s no litany of ways on how to effectively deal with it, no, that’s far from their minds.

Or, who owns the laboratory that is selling the virus in the first place, that’s a taboo in that august institution — it’s a conspiracy theory, they always say.

In all the broadcasts covering this particular bioweapon, mainstream media project that it is a freak of Nature and it is hard to fight against it.

Nothing could be farther from the truth.

Yes, Zika virus is a corporate product sold online and by all indications, spread deliberately to create needed revenues for the medical industry whose profits have dwindled in recent years with the availability of unconventional alternatives and knowledge easily accessible online.

Over and above the desire to make profit, Zika is serving a more sordid goal of exterminating the “useless eaters” in a gradual manner so that they won’t be left out with a logistical nightmare of cleaning up the planet of dead bodies.

How the Zika Fear is being delivered?

The United Nations World Health Organization uses a combination of statistics and forecasts based on those data to create a picture of an astoundingly insurmountable pandemic that is beyond our combined capacity to deal a decisive end to.

It’s very striking that every time during a pandemic, natural, staged or a deliberate attack, they just stop at the counting of the dead bodies but never on its total eradication. Yes, they will never tell you the simple antidote to every viral onslaught which is the widely available electricity, because by then that would render the whole exercise of preserving the established institutions moot.

Referring to the map below, one can readily see which countries are being targeted by the owner of the Zika virus in its drive to thin the global population. 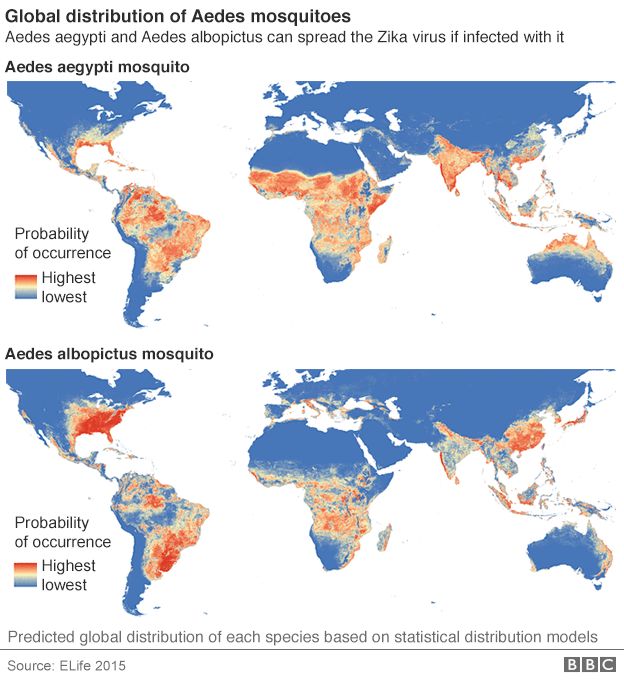 Below, is a very subtle fear mongering formula they are using:

… unlike the mosquitoes that spread malaria, they are mostly active during the day, so bed nets offer limited protection.

If they drink the blood of an infected person they can then infect subsequent people they bite.

The WHO says sexual transmission is also possible.

The constant repetitions of a big lie becomes a fact in the mind of the gullible.

Who owns the Zika Virus?

The “conspiracy theory” about the Eugenicists’ global depopulation agenda ends when an undeniable fact is staring right from their own portals.

Click here to see the search results for “Zika virus” and find that you can purchase any strain of it online, and if you poke around long enough, you will find that the whole Zika Enterprise is owned and operated by the Rockefeller Foundation.

Thinning the herd is an established obsession of the late Eugenicist John D. Rockefeller, and others like him.

First published in February 2016, this incisive article by Guillaume Kress is of extreme relevance in relation to unfolding events.

The World Health Organization (WHO) declared the Zika virus a global health emergency on February 1st, 2016 without providing much detail on the disease. So here are some facts until we receive more information:

The LGC Group is:

One of its branches, LGC Standards, is:

“…a leading global producer and distributor of reference materials and proficiency testing schemes. Headquartered in Teddington, Middlesex, UK, LGC Standards has a network of dedicated sales offices extending across 20 countries in 5 continents and more than 30 years experience in the distribution of reference materials. These high quality products and services are essential for accurate analytical measurement and quality control, ensuring sound decisions are made based on reliable data. We have an unparalleled breadth of ISO Guide 34 accredited reference material production in facilities at 4 sites across the UK, the US and Germany.”

LGC Standards entered into a partnership with ATCC, of which the latter is:

This “ATCC-LGC Partnership” is designed to facilitate:

“…the distribution of ATCC cultures and bioproducts to life science researchers throughout Europe, Africa, and India and […] to make access to the important resources of ATCC more easily accessible to the European, African, and Indian scientific communities through local stock holding of more than 5,000 individual culture items supported by our local office network delivering the highest levels of customer service and technical support.”

And who owns the patent on the virus? The Rockefeller Foundation! Why has the issue of patent ownership of the Zika virus not been the object of media coverage?

Lest we forget the words of David Rockefeller in an address to a Trilateral Commission meeting in June of 1991:

“We are grateful to the Washington Post, the New York Times, Time Magazine and other great publications whose directors have attended our meetings and respected their promises of discretion for almost 40 years. … It would have been impossible for us to develop our plan for the world if we had been subjected to the lights of publicity during those years. But, the world is more sophisticated and prepared to march towards a world government. The supernational sovereignty of an intellectual elite and world bankers is surely preferable to the national auto-determination practiced in past centuries.”

Is the ownership of the Zika Virus by the Rockefeller Foundation part of that agenda of “supernational sovereignty [dominated] by an intellectual elite and world bankers…”?

Of significance, the Zika virus is a commodity which can be purchased online from the ATCC-LGC for 599 euros, with royalties accruing to the Rockefeller Foundation. 1 thought on “Zika Outbreak: What you really need to know”