Due to the increasing enthusiasm on medical activism both online and in the streets worldwide, more and more doctors are now trying to come clean as far as medical malpractice and the black art of medical prescription are concern.

Here are a few of those candid admissions:

At the turn of the 20th century, the medical practice has metamorphosed from an honest pursuit of holistic healing into a cultic medical priesthood, with its own dogmatic rituals and highly sanctified medical bible.

Since then, the medical doctor has been reduced to a mere sales and delivery agent of the middlemen running the medical logistics.

Dr. Malcolm Kendrick is certainly no ordinary doctor. He has broken ranks with his profession and written an unusually candid account about how the medical game really works. That he has gotten away with such an honest appraisal of the game, which has been played (on the public) for many decades, is quite extraordinary.

“Dr Kendrick takes a scalpel to the world of medical research and dissects it for your inspection. He reveals the tricks that are played to make minute risk look enormous. How the drug trials are hyped, the data manipulated, the endless games that are played to scare us into doing what, in many cases, makes the most money.” [1]

For those who are uninitiated in this particular game, it is important to understand a few of the basic principles upon which it is based, as well as some of the ground rules. Ever since the Rockefeller Foundation was founded in 1913, there has been a plot afoot to commercialize every aspect of America’s medical and health industries. Toward that end, every opportunity has been taken advantage of to create revenue streams from every medical condition and health challenge imaginable. 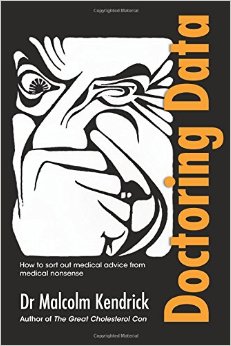 The basic strategy revolves around the three pillars of medical language.

First, a difficult-to-understand medical lexicon was created in order to distance the medical doctor and other experts from the common man.

Secondly, special degrees, credentials, and associations were established so that the doctor was deified by society.

Thirdly, each component of the Medical-Pharmaceutical- Health Insurance-Hospital-Government Complex (MPHIHGC) was brought on board early in the game by way of mutually guaranteed economic advantages and financial incentives.

The government piece of this Complex includes the Public Health Service, Department of Health and Human Services, Veterans Administration, Food and Drug Administration, Center for Disease Control, Surgeon General, and National Institutes of Health, among many other federal, state, and county health-related agencies.

This 3rd pillar — the MPHIHGC — was key to ensuring that no one individual or organization ever left the reservation. The economic advantages conferred by the American Medical Association, for instance, were simply too attractive for member physicians to turn them down. Likewise, the financial incentives to act as a glorified pharmaceutical salesman for the drug companies were also too tempting for doctors to refuse.

This game was set up in such a way that if anyone ever tried to leave the reservation, they would likely never get back on it. Losing a medical license is a very easy thing to do. Especially when you’re competing with state-sponsored monopolies like the American Dental Association, the dentists themselves can be counted on to make sure that one of their own never goes rogue. In this way self-policing keeps the entire system intact; in fact, it has easily withstood decades of truth-speaking rebels who simply accepted their fates as professional pariahs.

Mystification of the Disease, the Causes and the Treatments

By constructing a medical lexicon that is so abstruse, complex and shrouded in mystery, the doctors were able to speak to each other with an exclusive jargon that the patient wasn’t able to understand.

In this manner, the diseases have systematically undergone a process mystification, as have the causes and the treatments. When someone finds out that their disease process is called “Osteochondritis dissecans”, what are they to do? The physician is in the driver’s seat for the rest of the trip. And what a trip they will take you on! (In my own case, as 9 year old boy, the Park Avenue doctor told me to take 20 aspirin a day … for life, in order to mitigate the Osteochondritis dessicans.)

As for the true cause of Osteochondritis dissecans, well, that will almost never be found out through medical examination or revealed by the physician. The white-coated doctor with his stethoscope around his neck acts as high priest who keeps all the sacred medical knowledge and health wisdom secret. Needless to say, not everyone believes in this system or the doctor’s godlike status.

If the individual is savvy enough to do his own sleuthing, which is actually fairly easy for a self-observant person, the cause(s) of his or her ailment can usually be identified. Common sense and the faculty of reason can really work wonders when utilized regularly. The internet is particularly helpful in doing all kinds of medical research and health investigation.

When it comes to the treatment side, that will always fit the practice of the attending physician. An inguinal hernia patient will always receive the same advice from a surgeon — “Surgery, surgery, and more surgery.” Even though hernias can be repaired without surgery, the surgeon only makes money when you submit to the scalpel. Once the first surgery is completed, a second one is often likely on the other side of the groin because the root cause is rarely, if ever, addressed.

The Mainstream Media Operates at the Hub of the Complex

Back to our good friend Dr. Malcolm Kendrick. What he is addressing is the unspoken relationship that exists between every organ of the Mainstream Media (MSM) and the Complex.

These two work very closely to keep the people sufficiently confused and ignorant about every medical issue and health question under the sun. In this way, the unaware public, most of whom have placed their complete trust in the medical system, is at a total loss. Usually they come no closer to understanding what really ails them or how to effectively treat the true causes of their maladies by reading MSM disinformation, misinformation and false information.

The MSM is the key cog in this game being run every day of the week for over a century. As Dr.Kendrick aptly points out, there are so many conflicting treatment opinions and competing medical theories that your head spins. By confounding the average medical consumer, they can usually be convinced through fear-based consultation to agree with the doctor’s advice. As long as the health insurance pays the medical bills, the patient feels they are getting a great deal. Of course, many a post-menopausal woman may have needlessly given up a gallbladder, but at least it didn’t cost her anything!

We’ve only scratched the surface of this medical game. However, once you know the basic rules and standard physician MO, it’s fairly easy to keep yourself from losing a body part or your mind from taking too many prescriptions.

On the other hand, the medical model is very useful for dispensing emergent care for trauma, as well as urgent care for acute episodes. Hospital ERs have saved many lives, just as burn clinics have restored many a fire victim to good health. So, allopathic medicine does have great utility, particularly in a somewhat dangerous modern society with car wrecks and the like.

The bottom line, for each and every consumer who enters the medical marketplace, is: BUYER BEWARE!

[1] Doctoring Data: How to sort out medical advice from medical nonsense

2 thoughts on “The Black Art of Medical Prescription”