Psychiatric drugs lead to the deaths of over 500,000 people aged 65 and over annually in the West, a Danish scientist says. He warns the benefits of these drugs are “minimal,” and have been vastly overstated.

Research director at Denmark’s Nordic Cochrane Centre, Professor Peter Gøtzsche, says the use of most antidepressants and dementia drugs could be halted without inflicting harm on patients. The Danish scientist’s views were published in the British Medical Journal on Tuesday.

His scathing analysis will likely prove controversial among traditional medics. However, concern is mounting among doctors and scientists worldwide that psychiatric medication is doing more harm than good. In particular, they say antipsychotic drugs have been overprescribed to many dementia patients in a bid to calm agitated behavior. 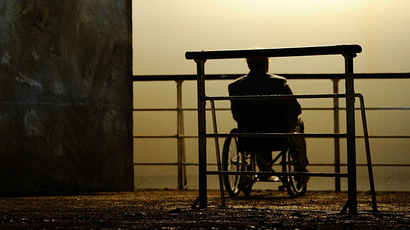 Gøtzsche warns psychiatric drugs kill patients year in year out, and hold few positive benefits. He says in excess of half a million citizens across the Western world aged 65 and over die annually as a result of taking these drugs.

“Their benefits would need to be colossal to justify this, but they are minimal,” he writes.

“Given their lack of benefit, I estimate we could stop almost all psychotropic drugs without causing harm.”

Gøtzsche, who is also a clinical trials expert, says drug trials funded by big pharmaceutical companies tend to produce biased results because many patients took other medication prior to the tests.

He says patients cease taking the old drugs and then experience a phase of withdrawal prior to taking the trial pharmaceuticals, which appear highly beneficial at first.

In the case of antidepressants venlafaxine and fluoxetine, Gøtzsche casts doubt over their efficacy. He said depression lifts in placebo groups given fake tablets almost as promptly as groups who partake in official clinical tests.

He also stressed the results of trials of drugs used to treat schizophrenia are disconcerting, while those for ADHD are ambiguous. 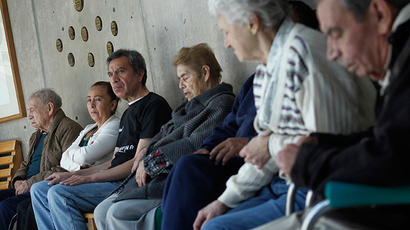 Commenting on the negative side effects of such pharmaceutical drugs, Gøtzsche argued the “short-term relief” appears to be replaced by “long term harm.”

“Animal studies strongly suggest that these drugs can produce brain damage, which is probably the case for all psychotropic drugs,” he said.

“Given their lack of benefit, I estimate we could stop almost all psychotropic drugs without causing harm – by dropping all antidepressants, ADHD drugs and dementia drugs … and using only a fraction of the antipsychotics and benzodiazepines we currently use.”

“This would lead to healthier and more long-lived populations.”

“They should almost exclusively be used in acute situations and always with a firm plan for tapering off, which can be difficult for many patients,” he adds. 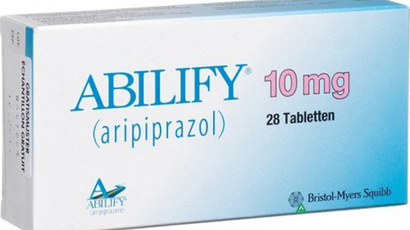 : US spends most on this drug… and no one knows how it works
.

Gøtzsche’s views are sharply contradicted by many experts in the field of mental health. But others, including a diverse group of medical experts and institutions affiliated with the Nordic Cochrane Centre, argue otherwise. The Nordic Cochrane Centre is an independent research hub dedicated to scrutinizing and monitoring the effects of health care.

The debate on psychiatric drugs has gathered momentum in recent times. In the discussion, published in the British Medical Journal (BMJ), Gøtzsche’s arguments are contradicted by Professor of Mood Disorders Allan Young and John Crace. Crace, himself a psychiatric patient, writes for the Guardian.

Crace and Young say a broad body of research indicates the drugs are effective and that they are just as helpful as drugs for other ailments. They also argue mental health conditions are the fifth most significant contributor to disabilities worldwide.

While Gøtzsche stresses clinical trials bankrolled by pharma giants churn out skewered results, Young and Crace say the efficacy and safety of psychiatric medication continues to be monitored after research trials come to a close.

However, both Young and Crace acknowledge concern over the side effects and effectiveness of psychiatric medication.

“For some critics, the onus often seems to be on the drug needing to prove innocence from causing harm rather than a balanced approach to evaluating the available evidence,” they write.

“Whether concerns are genuine or an expression of prejudice is not clear, but over time many concerns have been found to be overinflated.”

The BMJ discussion is a preamble to the Maudsley debate at Kings College London on Wednesday. The debate takes place three times a year at the university’s Institute of Psychiatry, Psychology & Neuroscience (IoPPN).

Wednesday’s debate focuses on the impacts of psychiatric medications, and poses the question of whether they prove more destructive for patients than beneficial.